Impulse and momentum are related terms. The impulse of force can be expressed in terms of momentum.

The measure of the action of a significant force in a small interval of time is called impulse or impulsive force. Impulse is defined as the product of the average force and the time interval for which the force acts on the body. The SI unit of impulse is newton-second (N-s), and the dimensional formula of impulse is [MLT-1]. The impulse of force is equal to the change in the momentum of the body.

Momentum is a vector quantity. Its direction is the direction of velocity v of the body. The SI unit of momentum is kg ms-1.

The observed effects are different when the same force is made to act on two bodies of different masses for the same time interval. The lighter body acquires a higher velocity than the heavier body. However, it is found that the change in momentum of both the bodies is the same. This leads to Newton’s second law of motion, which states that “the time rate of change of momentum of a body is directly proportional to the impressed force and takes place in the direction of the force”.

During transportation, the glasswares and chinawares may break if they collide with each other in the event of jerks or falls. But when these wares are wrapped in straw pieces, the force due to jerks will be transmitted to them through the pieces of straw. So, the change in momentum of the glassware takes place over a longer period of time. Therefore, a minimal average force is experienced by glasswares in the event of jerks. Hence, the chance of their breaking decreases considerably 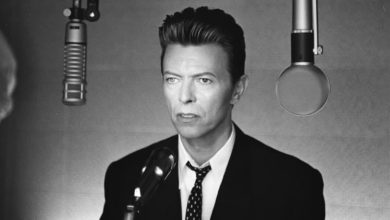 The Meaning of David Bowie’s Lyrics to Modern Love